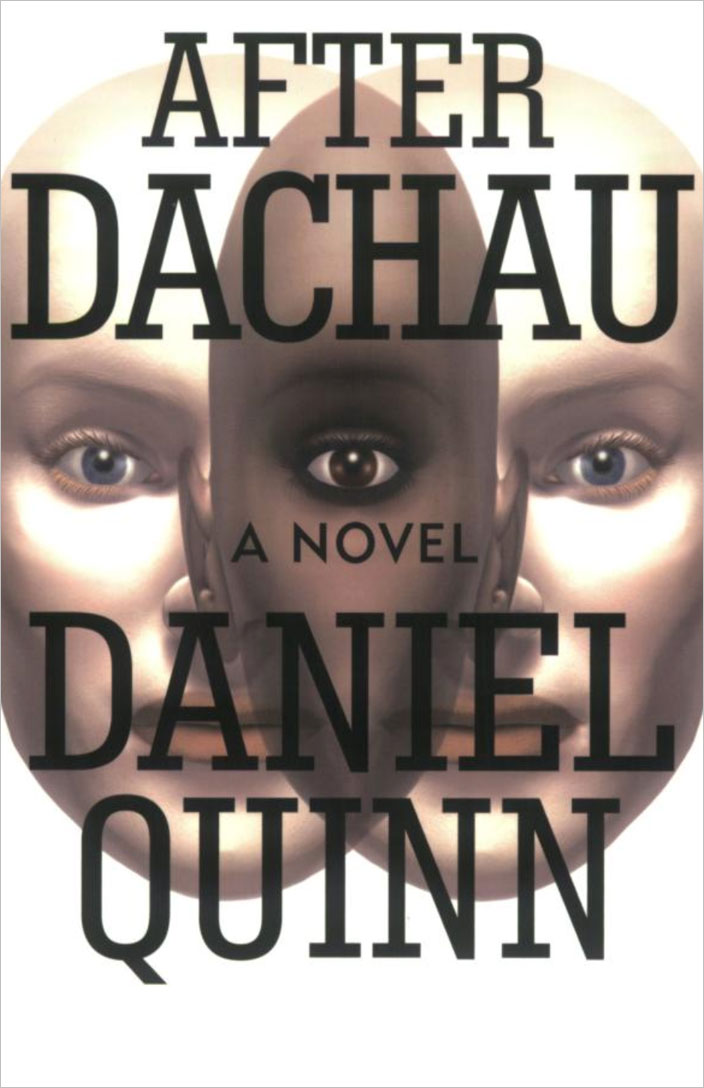 Mallory Hastings has been a “difficult” patient from the moment she opened her eyes in a hospital in Oneonta, New York, following a minor automobile mishap. Terrified, hostile, and unaccountably mute (so that she must be retrained to use her own voice), she recognizes neither friends nor family and seems bent on rejecting every effort to help her back to her former condition of normalcy.

Then a mysterious message reaches her from afar:
First: You’re not Mallory Hastings at all.
Second: You don’t know how you got where you are.
Third: You’re afraid to speak the truth to the people around you.

Though she’s never heard of the man who sent it, she grabs this lifeline and allows herself to be pulled out of the hospital into a world that is as unfamiliar to her as the woman who claims to be her mother.

The man on the other end of the lifeline is Jason Tull, a man whose story is almost as strange as hers. The scion of a wealthy and powerful family, he could have had any kind of life he wanted. But when he left school, there was only one thing on his mind. Of all things, he had conceived a fascination for the phenomenon known as reincarnation.

After spending a decade investigating the many alleged instances of the phenomenon that occur annually worldwide, Jason has zeroed in on his true objective: to find and develop a “Golden Case”-a case that even hardened skeptics will be unable to dismiss. And he believes “Mallory Hastings” is that Golden Case.

The secret he must have from her is, of course, her true identity. If she’s not Mallory Hastings, then who is she?

But pulling this secret from her proves to be like pulling the pin from a hand grenade. The explosion that follows opens a crack in the smooth surface of his world that no one will ever be able to paper over.

. . . Imagine that Nazi Germany was the first to develop an atomic bomb and the Allies surrendered. America was never bombed, occupied, or even invaded, but was nonetheless forced to recognize Nazi world dominance.

The Nazis continued to press their campaign to rid the planet of “mongrel races” until eventually the world – from Capetown to Tokyo – was populated by only white faces. Two thousand years in the future people don’t remember, or much care, about this distant past. The reality is that to be human is to be Caucasian, and what came before was literally ancient history having nothing to do with those then living.

Now imagine that reincarnation is real, that souls migrate over time from one living creature to another, and that a soul that once animated an American black woman living at the time of World War II now animates an Aryan in Quinn’s new world, and that due to a traumatic accident memories of this earlier incarnation assert themselves.

Compared by readers and critics alike to 1984 and Brave New World, After Dachau is a new dystopian classic with much to say about our own time, and the dynamics of human history.

“Recalls the spare, classy sci-fi of Robert A. Heinlein and Ray Bradbury…damning and damnably elegant.”

“Hairpin plot twists that spin wildly from mass genocide to the rediscovery of abstract expressionism….
After Dachau is a rare moral thriller in the tradition of Fahrenheit 451.”

“A ghostly and subtle thriller/fantasia/parable about (more or less) how we conceive of history, identity, time.
Think Brave New World.”

“Quinn’s powerful writing style consistently impresses, as does his talent for creating suspense.”

“After Dachau is a daring blend of psychological thriller, postmodern novel and New Age meandering in a
scandalous revisionist world where few writers would dare tread.”

“The chapter in the classroom looks so logical, consistent and reasonable that you gain a deep understanding that people can be led to believe in anything. And I mean ANYTHING.
Looking around us one can easily see that similar types of ideas are spreading in the world around us in various contexts, and the mirror that Daniel Quinn puts ahead of us is an important one.”

“This book leads you on a wild ride and punches you right in the face. A punch we all need..”

“Whenever I read one of Dan’s books, and particularly with After Dachau,
I feel descriptive comparisons with great minds.  At times his writing resonates with the touch and smells
of Socrates and Joseph Campbell, Kurt Vonnegut and Kafka,  Jung and Tom Robbins.
In this book Dan creates a parallel reality that is stunning in its simplicity, chilling in its implications.”

“Besides being well-written it is an engrossing fun book to read. Quinn knows how to take his readers into his strange world. I for one am glad this story is one from his imagination and not inspired by historical fact.”

“Someone compared this to a good episode of The Twilight Zone. Nothing wrong with that.”

“I had read Daniel Quinn before – Ishmael was amazing – then I embarked on all of his works. This was a “couldn’t put down” book. It made me think for days….be open and you will get all the “unwritten” messages within these pages. Come in with “i just want to be entertained” and you probably will not understand….Fantastic book.”

“After being completely engulfed in Ishmael, I stumbled across this book after searching for another thought altering book, and struck gold in the same mining hole. Everything you can expect from Quinn as far as a thought-provoking journey that latched onto my mind for an entire sleepless night after completion. Amazing.”

“Following the read I can summarize the review by saying that this was a GREAT book. Without giving away important details, I’ll say that the book grabs you from the first pages, and then after the twist in the middle it squeezes harder and don’t let you put it down until you finish.

“The two main characters find themselves on a journey of self-discovery as they explore what it really means to be
an individual. If you’re a fan of speculative fiction or psychological mysteries, you’ll easily
get wrapped up in the first part of After Dachau.”

“It not only kept my interest – it kept me riveted to see what twists the author would throw at us next.
Deeply thought-provoking and realistic story. ”