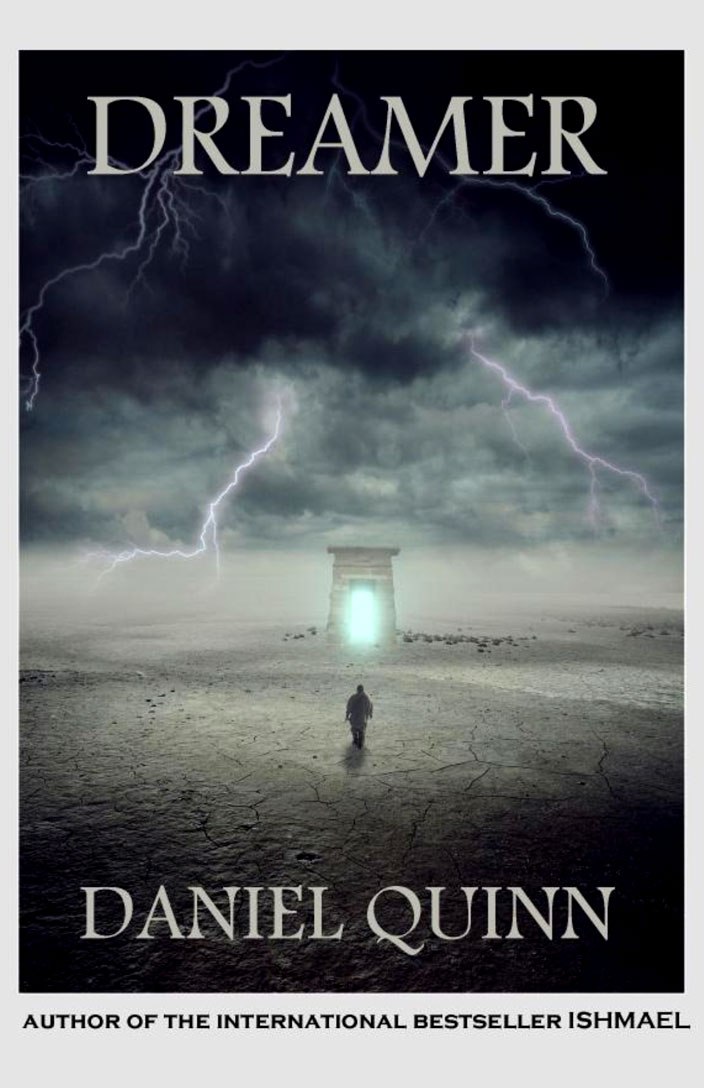 Most visitors to this website know the story of Ishmael’s creation – the twelve years of labor, the eight successive versions (the eighth version being Ishmael itself).

What very few know is that, after the sixth version, Daniel needed a break. And after six years of failure he needed to prove to himself that he really was a writer. He’d always thought he could write a great horror novel, and in 1985 that’s what he set out to do.

The novel was called Dreamer, and it’s about Greg Donner, a Chicago freelance writer. . . . Things are looking great for Greg. He’s got a terrific project, and he’s met the woman of his dreams — literally, his dreams (though they’re rather odd ones). But then, one night, he falls asleep and awakes . . . to the beginning of a nightmare he just can’t seem to wake up from. . . .

Although it was written in New Mexico (at a time when Daniel and Rennie were publishing the East Mountain News), it’s set in Chicago and drew upon Daniel’s experiences there as an editor and freelance writer.

The novel was published as a paperback original by TOR in 1988. Although named by Ellen Datlow as one of the year’s best in her annual review of fantasy and horror, it was not a commercial success and was soon out of print. It nonetheless continued to enjoy an underground notoriety and in 1995 was included in a “Horror at the End of the Century” list that appeared in the New York Review of Science Fiction.

Even out of print, rare copies of the book went on being tracked down, read, and passed from hand to hand for the next twenty-odd years, and fans kept on urging us to put it back in print. Daniel finally relented, and we’re delighted to have Dreamer back again.

“This offbeat first novel of psychological horror keeps the reader alert with its sweeping,
fast-paced transformations and canny fantasies of desire, success and inexplicable loss.”

“A good, convoluted first novel about a man who is either being fiendishly manipulated or is crazy.”
Dreamer is mentioned alongside such noteworthy novels as Doris Lessing’s The Fifth Child, Peter Straub’s Koko, Thomas Harris’s The Silence of the Lambs, and Anne Rice’s Queen of the Damned.

Horror at the End of the Century: A Reading List:
Included were Dreamer, Thomas Harris’s The Silence of the Lambs, Peter Straub’s Mrs. God,
Doris Lessing’s The Fifth Child, and Dan Simmons’s Children of the Night.

Horror at the End of the Century: A Reading List

“When I read fiction, I crave well developed characters, vivid description, and novelty.
Add humor, mystery, romance, and more than a pinch of the bizarre, and you have Dreamer.”

“A well written, enjoyable story. It kept me guessing, right up until….well, you’ll see, but very close to the end.
I can’t say anything negative about this book, though you have to enjoy a little wackiness now and
then in order to appreciate it. It has a surprise at every chapter.”

“Different from Ishmael. Interesting idea, and it definitely makes you think about reality.
A dream within a dream….”

“The best part of Dreamer is Quinn’s masterful use of subtle hints and misdirection to keep the story moving. Like the film ‘Inception’ or the short-lived television show ‘Awake,’ though predating both of those, the story of Dreamer deftly weaves back and forth between two worlds without giving away which is which until the very end.”

“Dreamer is more of a psychological thriller/drama that keeps you engrossed by simultaneously twisting its plot and exploring its character in interesting ways. It’s the best kind of thriller: one that you can never truly predict and one that keeps you guessing until the very end, and I was absolutely enraptured by it.”