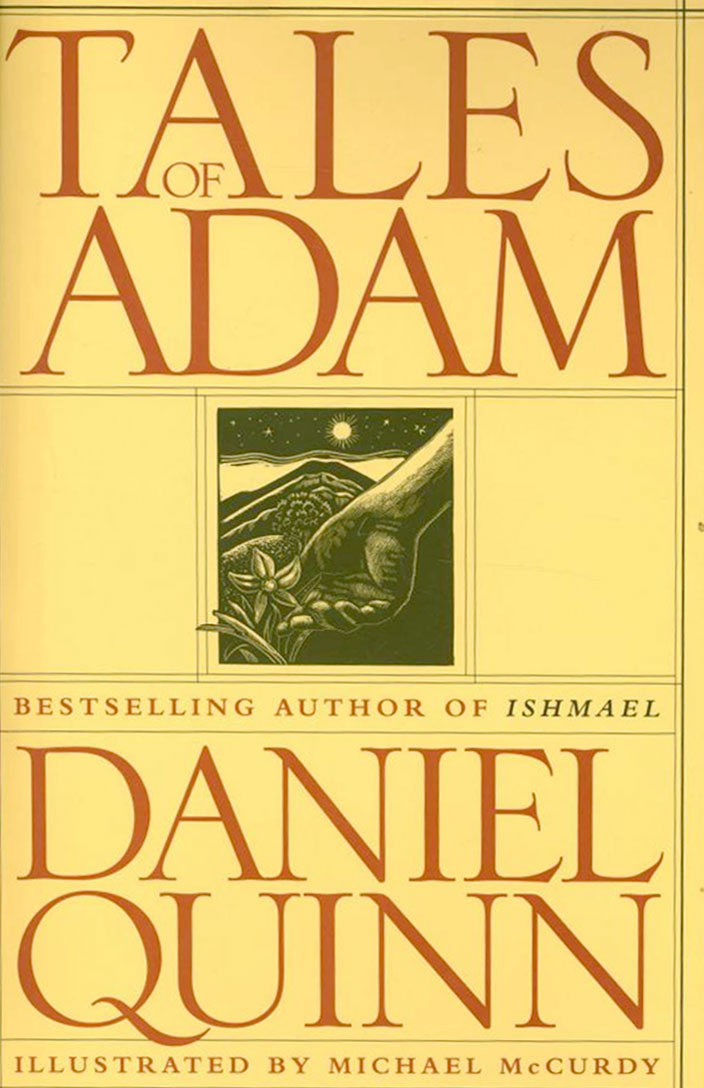 Ever since the publication of Ishmael in 1992, readers have yearned for a glimpse into a dimension of spiritual revelation the author only hinted at in that and later books. Now at long last they have it in seven profound but delightfully simple tales that illuminate the world in which humans became humans.

This is a world seen through animist eyes: as friendly to human life as it was to the life of gazelles, lions, lizards, mosquitos, jellyfish, and seals – not a world in which humans lived like trespassers who must conquer and subdue an alien territory. It’s a world in which humans have a place in the community of life – not as rulers but as equals – with the paths of all held together in the hand of god. This is not an ancient world or a lost world. It exists as surely today as it ever did – for those who have eyes to see it.

Tales of Adam, delightfully illustrated by Michael McCurdy, is a book that will come to be shelved alongside The Prophet, Jonathan Livingston Seagull, and The Alchemist.

“I find that getting others to understand the realities we face is often easier using parables and then letting the students come to their own conclusions. This book is a gem for that – it is short, simple, beautiful stories that do not allow the reader to miss the point. I have already used “The Business of a Rabbit” in my Business Ethics class and several students have asked where they can get the book. The message travels on, one person at a time.”

“I think it is his best book to date. It is an easy and short read, but packs a punch that reveals to you how to live life unless you are attached to the modern way of dealing with things.”

“If you read Ishmael, this is another great one from the author.”

“Wonderful stories to instill the ability to think clearly about how to treat the natural world.
Every child should have the opportunity to read them, or have them read by a thinking adult.”

“This book takes you on a wonderful journey to self exploration and discovery.
Daniel Quinn always displays an interesting perspective to topics learned throughout your life.”

“What a beautiful book. Leaver children stories that even adults will find resonates with their most inner desire to be taught how to see the world as somewhere we can live in harmony with, and not in opposition to.