This section of the website has been set up as a “catch-all” to document some of the interesting work that Ishmael readers are doing. For instance, there are a number of readers who have written books – not necessarily “inspired” by DQ but often citing him or Ishmael. So we’ve added them to this page.

We’re not “endorsing” anyone here, we can’t do that! But we can appreciate people who have read Ishmael and other Daniel Quinn books, have taken the message to heart and carried it forward in their lives.

Ishmael readers are out there, doing things! Enjoy this page, and if you feel that you should be on it, contact us and tell us why. 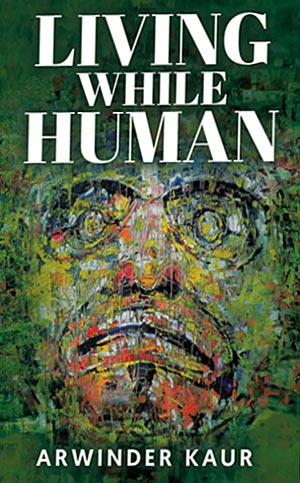 “If you are familiar with the works of Daniel Quinn, his influence is apparent in my book. If not, I hope you find my writing of interest. I welcome questions you may have or ideas you wish to share. One planet. One people.”

How do we as humans navigate our lives in the complex world we have created? With the high speed in which we are bombarded with images, messages and conflicting ideas, how do we figure out how to live in the world without destroying it and ourselves? Why are we the only species that seems to be struggling to live truly healthy lives?

Masses of us are suffering with feelings of loneliness and emptiness, killing ourselves and each other despite our sense of superiority over all other species. What makes us live the way we do? How do we live better lives with a deeper connection to ourselves, others and the Earth? The answers are not locked away in a secret vault. In fact, they are much closer and simpler than you might realize, but need to know.

About Arwinder Kaur
I have dedicated my life to giving to those around me. After attending SFU, I became a social worker specializing in the area of child welfare for almost 30 years. I hope that, in sharing my writing, others too may find it a comfort to have a compass to help navigate their lives as humans on this planet.

I believe in the power of words. I have come full circle. After reading Ishmael by Daniel Quinn in 1994, I was propelled into ecological activism and writing Living While Human. I hope my words might inspire others in some manner, to act for the protection of the natural world. 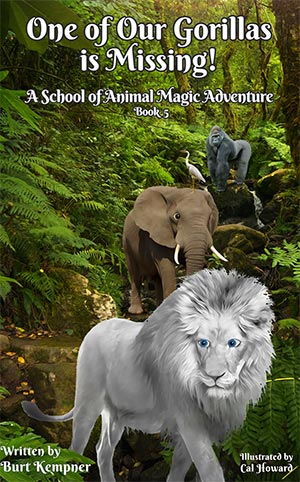 “The headmaster in my five-book ‘School of Animal Magic’ series is a silverback gorilla named Professor Quinn. It’s the only name I ever considered, a tribute to a writer and thinker I hold in the highest esteem. When I finished the last page of Ishmael I knew I was not the same person I had been before I started it. That’s rare and special and was repeated one Daniel Quinn book after another.”

Spurred by his love for inspiring young people, Burt started writing children’s books in 2015. Larry the Lazy Blue Whale was his first published book, followed by Monty the Movie Star Moose, The Five Fierce Tigers of Rosa Martinez and the School of Animal Magic Adventure Series: Maisha the Educated Elephant, Dolphins in Distress, The Salmon Who Wanted to Run, The Purple Wave and One of Our Gorillas is Missing!

About Burt Kempner
“I was born in Brooklyn, New York and moved to Philadelphia when I was four years old. I was not consulted in the matter. I knew from childhood that I wanted to be a writer. I love playing with words, coming up with new combinations and puzzles.

Why did I start writing children’s books? It was because I wasn’t seeing the books I had wanted to read as a kid.

In my books, you won’t be a bit surprised to see an elephant bounce off a trampoline or a sleepy blue whale nearly be the cause of war. That’s just the way things are in a Mild Wild Media book.”

Writer-Producer Burt Kempner has worked professionally in New York, Philadelphia, Washington, D.C., and Florida. His work has won numerous major awards, and has been seen by groups ranging in size from a national television audience in the United States to a half-dozen Maori chieftains in New Zealand. 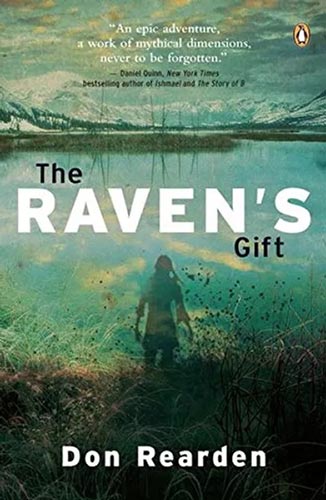 In 2nd grade the kids in our small one room school house took a field trip to visit the abandoned houses across the river from our village. The houses appeared as if the occupants left in a hurry, the contents inside undisturbed. The elders told us that ghosts would haunt those who took anything from inside one of the homes.

This was my first glimpse into the devastation wrought by epidemics in Alaska. From that day forward I would be infected with a love for the history, cultures, and stories of this vast landscape that is Alaska.

I grew up on the tundra and rivers of southwest Alaska. My experience and adventures in Alaska have shaped both my writing and my love and concern for humanity and our planet. I’m a professor at the University of Alaska Anchorage, screenwriter, novelist, and – – – when the mood hits, a tundra philosopher-poet.