What is the Ishmael community?

There have been any number of geographical communities or groups initiated throughout the years by readers of Ishmael and Daniel’s other work. The longest-lived one that we know about is the Austin Ishmael Group (also known as the Austin Ishmael Dialog), which was active from 1999-2017. It met regularly for inspiration and discussion, and in 2004 sponsored the Austin Ishmael Weekend, the stated goal of which was “to provide networking, encouragement, and support to people with changed minds.” It was held at Casa de Luz in Austin, and Daniel was there for a Q&A session. The final event of this group was a very small Daniel Quinn memorial gathering, also at Casa de Luz, in May of 2018.

Now the internet is where people congregate, and listed below are groups and pages that have been created by readers to provide different avenues for networking, encouragement, support, and discussion among those who want to connect with other readers of Daniel Quinn’s books.

These groups and pages are all operated and monitored by different individuals, who are totally responsible for their content. Some are large, some are small; some are very active, others are not. The choice is yours. If you know of other groups or pages that might belong in this listing, please let us know. 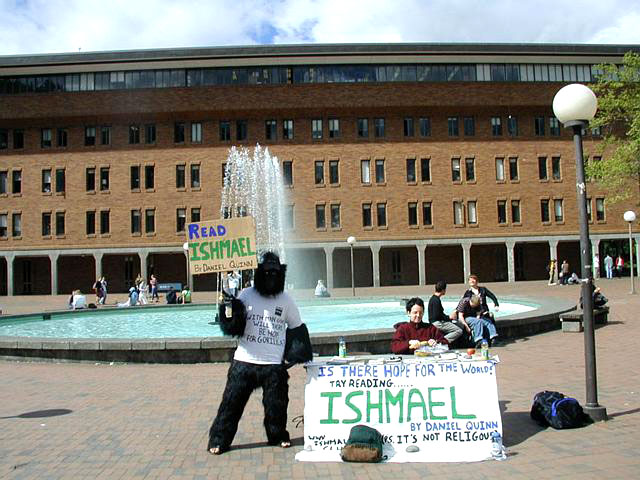 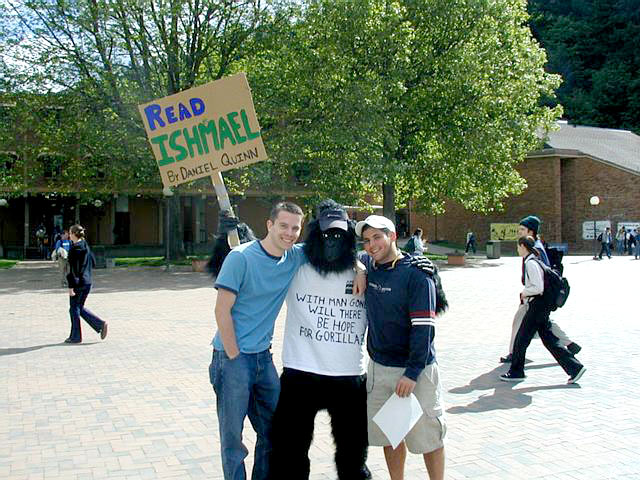 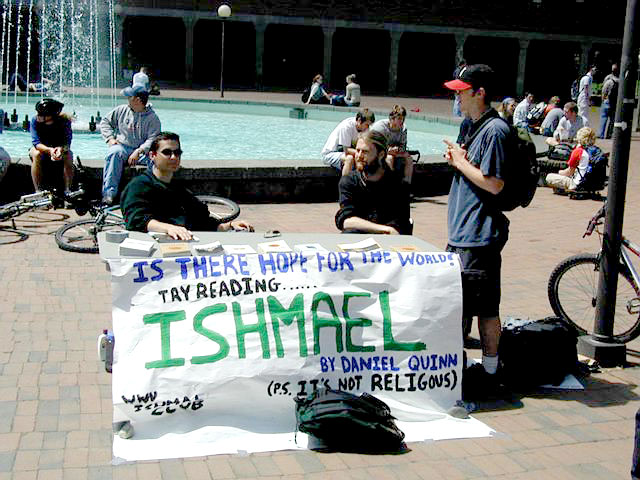 In 2002, members of the Western Washington University Ishmael Club created a display which was featured in the middle of the main courtyard on the WWU campus. Read more about it at Friends of Ishmael Society.